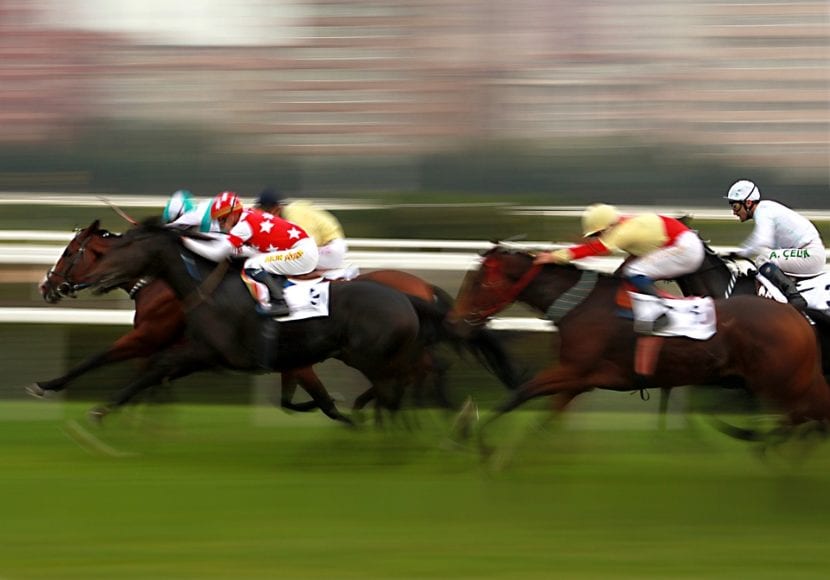 The La Zarzuela Racecourse is located on the outskirts of the city of Madrid. Nestled in the mountain with the same name "La Zarzuela" near El Pardo.

It was finished building in 1941 on land owned by the National Heritage after the expropriation of the previous Hippodrome, La Castellana in order to build the Nuevos Ministerios.

Do you want to know a little more about this place?

Before entering fully into the history of the La Zarzuela racecourse, let's go back a few years, when horse racing was established in Madrid and became increasingly famous. But before that, and to whet your appetite, we leave you a video of a race held at the Hipódromo de La Zarzuela:

The beginning of horse racing in Madrid

Before the Hipódromo de La Zarzuela opened its doors, horse racing in the Spanish capital had more than a century of baggage. The chronicles collect that the first horse race was held in 1835 in the Alameda de Osuna. It is also known of other races that were held in the Casa de Campo and on the Paseo de las Delicias.

The Duke of Osuna, who was passionate about the equine world, in In 1841, together with his brother and several friends, he founded the Sociedad de Fomento de la Cría Caballar de España (SFCCE) designed to promote this equine sport in Madrid, protect competition and promote the breeding of racehorses. The Duke of Osuna was therefore a key figure in this area.

En 1845 racing began at the new Casa de Campo racecourse but still without an established regulation. Something that would begin to be alleviated in 1867 with the approval of the French racing code as a model to adapt.

The La Castellana Racecourse was inaugurated in 1878, although without having all the works finished. On his track, which had a 1400 meter rope, The first Madrid Grand Prix was held in 1881. The tests of said award would lay the foundations for the subsequent National Grand Prize and the Cup of His Majesty the King.

1883, It was an important year for the Madrid racing world since the Spanish Thoroughbred Horses Registration Commission was created.

En 1919 the Aranjuez Racecourse is inaugurated within the grounds of the Royal House. Competitions would be held there. The Madrid Grand Prix would be held here in 1933 because that same year the concession for the use of the La Castellana Racecourse expired.

Some of the The most relevant horses in these times were: Colindres, Nouvel An and Atlántida. Some big jockeys like Victoriano Jimenez and Carlos Diez, they would also triumph in the Hippodrome of La Zarzuela after the stoppage of the Civil War.

History of the La Zarzuela Racecourse

In the summer of In 1934 the construction of the La Zarzuela Racecourse was approved. The competition held to choose the project was won by the team of architects made up of the engineer Torroja and the architects Arniches and Domínguez, who were inspired by the San Siro Hippodrome in Milan.

The works began the following year. The work suffered a stoppage due to the Spanish Civil War and for that reason it was delayed until 1941 when the racecourse was inaugurated.

In first years of racing many equines were imported foreign to alleviate the that they had lost during the war.

A decade later, the La Zarzuela Hippodrome was the epicenter of Madrid's social life. Starting in the mid-XNUMXs, careers were on the rise.

The 60's are years of prosperity in the Spanish economy, and this is reflected in the racetrack through improvements and reforms in the tracks. The infirmary and facilities for the jockey are finished. A new general's stand is also being built.

The economy also affects the races themselves, the bets, the prizes. In 1968 the Madrid Grand Prix distributed one million pesetas in prizes for the first time.

The The 90's were a period of crisis for the Hippodrome. In 1996 it closed its doors to carry out a modernization of its facilities. Since 2003, it maintains a season of activity-packed races every year.

In october 2009, the stands of the La Zarzuela Racecourse were declared an Asset of Cultural Interest (BIC), with monument category. 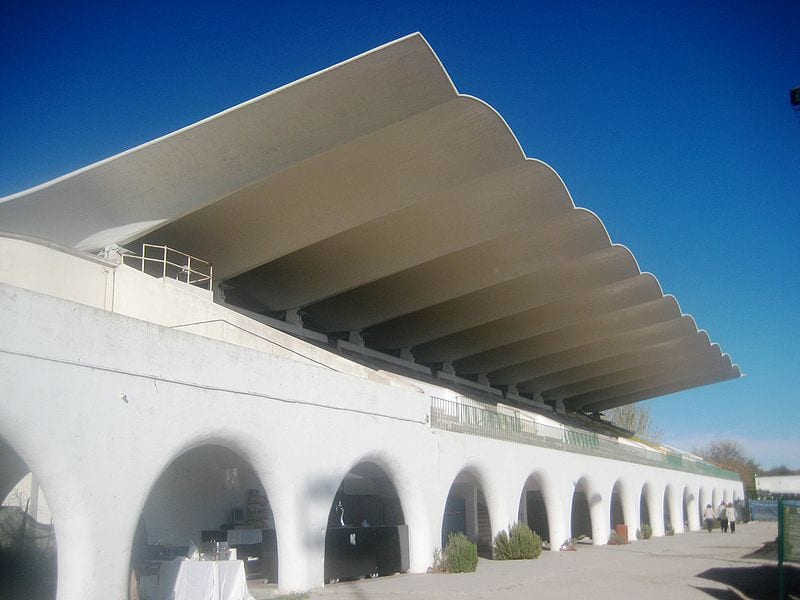 The Hippodrome, designed by the architects Carlos Arniches, Martín Dominguez and the engineer Eduardo Torroja, is considered one of the masterpieces of Madrid architecture of the XNUMXth century. It was an important advance from a structural and material point of view. Today it preserves its structure as it was designed and receives many visits from specialists from all over the world interested in studying it.

Furthermore, 2012 won the First Prize of the College of Architects of Madrid for the Restoration and Rehabilitation project made by the Junquera Arquitectos studio.