The horse has undoubtedly been one of the most faithful travel companions of human beings throughout its history. Such has been the case, that this animal has completed a very active part in various areas of human life, to the point of playing a fundamental role, even in sport.

In this article we are going to introduce you to those racetracks that occupy the highest positions in the ranking. Spectacular constructions that give hair races a special shine.

This racecourse is by far the most luxurious and spectacular of all. More than an enclosure made for the celebration of horse races, it has become a real city. It has been located in Dubai, United Arab Emirates.

No expense was spared for its construction. More $ 1200 billion was the investment required.

Its track has a length of 2,4 kilometers, the largest on the planet. Fans who wish to watch the races that take place there, will be able to do so from its long grandstand, which has more than 55.000 seats.

In addition, you also have the possibility of staying at its impressive hotel, which has up to a total of 290 rooms equipped up to unimaginable quotas. It also calls, and a lot, the intention of its museum, the famous restaurants, the theater, etc.

At first glance, it might seem that horse racing is the least important thing at this racetrack.

It should be mentioned that within it there is no room for gambling, since the Muslim religion strictly prohibits them.

The true royal racetrack, and never better said. Located in the town of Ascot, very close to Windsor Palace. It is closely linked to the English Crown, in fact it is their property.

Saw the light for the first time in 1711, by the hand of Queen Anne, and thanks to the first edition of the Ascot Gold Cup, one of the most prestigious competitions found within the professional horse racing circuit.

Its stands are populated, for the most part, by people belonging to the high positions of society and the nobility. In fact, Elizabeth II herself is a faithful spectator.

It has the great honor of being the first racecourse built on the ground of the city of Buenos Aires. There is no doubt that today it is one of the most characteristic emblems of the Argentine country.

Its inauguration took place at the end of the XNUMXth century, more specifically in the year 1876Between the February 3 Park and the Alfalfares de Rosas. Nine seasons later, he witnessed one of the rare quotes ever seen in this world of horse racing: the classic National Grand Prize, in which some 2500 meters were covered and whose guest of honor was President Julio Roca. 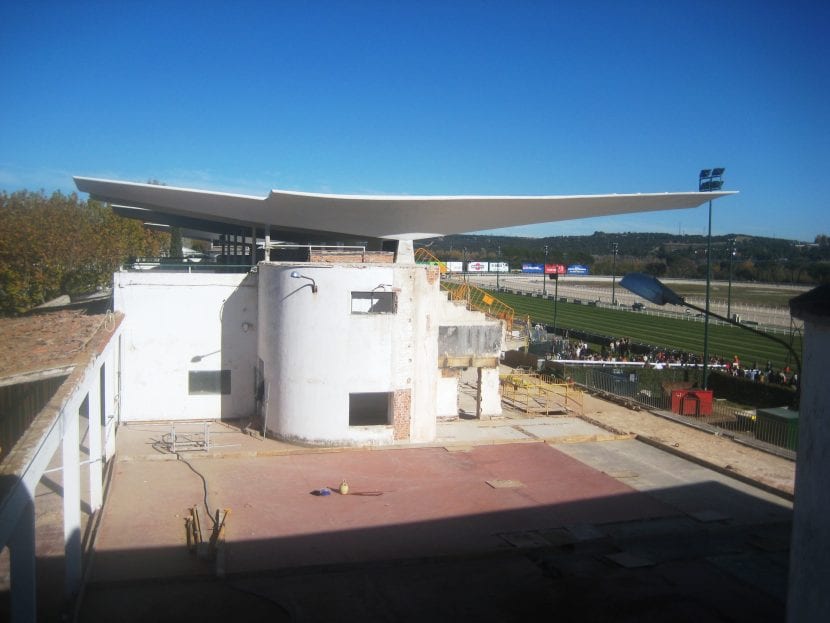 When it comes to talking about horse racing in Spain, there is a more than clear protagonist: the racecourse of The Zarzuela. It is stranded in ehe Monte de la Zarzuela, next to the Madrid town of El Pardo.

The expropriation of the old Racecourse of the Castellana It was the trigger for La Zarzuela to begin to be built around the year 1931. Its characteristic beauty does not go unnoticed. In fact, it is considered one of the great works of the Republic, and in 2009 it was declared an Asset of Cultural Interest.

The activity within it has been incessant, except in the period between 1996 and 2005. Among all the evidence it houses, the following stand out: the Valderas Grand Prix, the Cimera Grand Prix. Beamonte Grand Prize or Villapadierna Grand Prize (considered the great Spanish derby).

Year after year, this racetrack, one of the youngest, has been climbing steps to position itself at the top in terms of value and importance of its competitions. Nowadays, for the vast majority of fans it equals, or is immediately below, the English Ascot.

It was created in 1941, and is run by the Jockey Club of San Pablo. It has a total of four tracks, two destined to the celebration of official races, one is made of grass and the other has a sandy pavement.

Like all its previously mentioned companions, this racecourse has also become everything an emblem of his city, São Paulo, and his country, Brazil.

In short, these are the most important racetracks in the world. However, to these names we could add others such as tokyo racecourse (Tokyuo, Japan) or brown (Montevideo, Uruguay).

Full path to article: Noti horses » Disciplines » Horse races » The most famous racetracks in the world