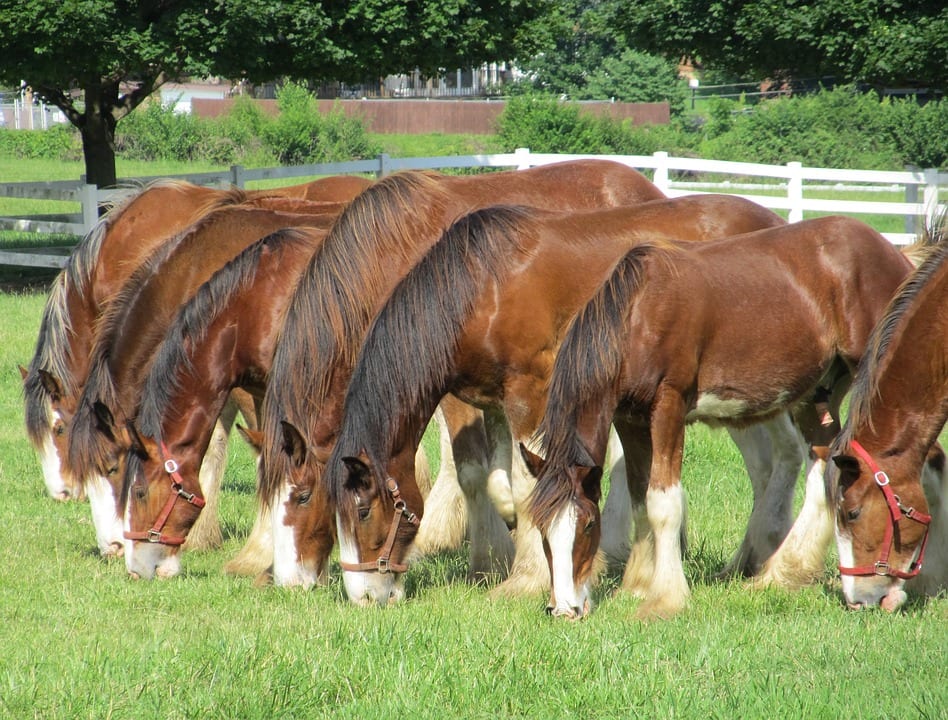 In the horse world we are lucky to have numerous breeds that give this beautiful animal a special uniqueness. But, there is one in particular, which shines with its own light due to its majestic bearing and robustness. We talk about the unmistakable percheron horse. 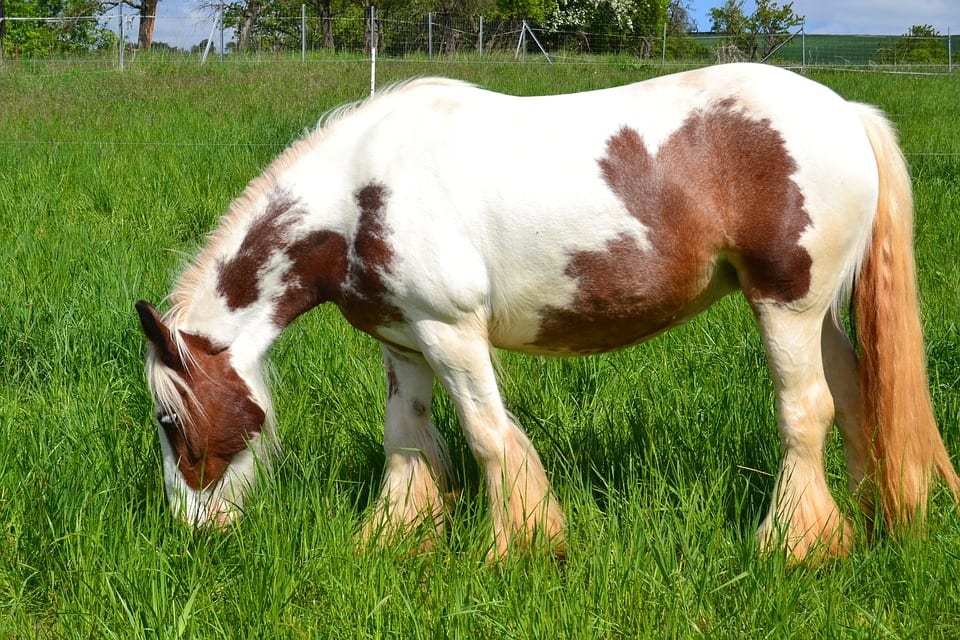 The past of this horse is tinged with French overtones. Originally from the province of The Perche, next to Normandy (France), it was an animal used in field work to pull farm implements, carts, etc., due to its enormous strength.

Equine experts assure that the Arabian horse played a very important role in the birth of this novel and particular breed. As a curious fact, it is said that the parents of the Percheron horse were a male named jean leblanc and a pretty mare, both of which were bred in Le Perche back in the year 1823.

Little by little, they became very popular throughout France, and this fame spread to the rest of the world, especially in United States. The number of specimens increased with notoriety as a result of the Segunda Guerra Mundial, since they were necessary to carry loads of heavy materials with which streets and buildings of cities, towns, etc. were rebuilt.

Characteristics of the percheron horse 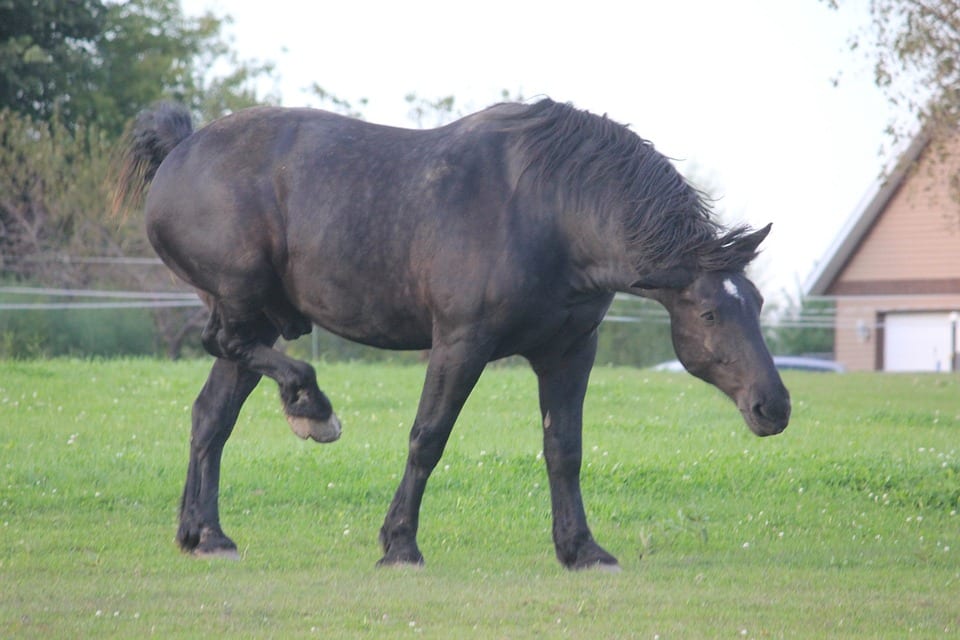 As we mentioned at the beginning, this type of horse is very characteristic and unique. It boasts of a powerful anatomy and a beautiful.

It has a fairly long head, but not at all unbalanced, rather elegant. Its forehead is wide, which contrasts with its small ears. The eyes are quite large.

The body is rather short, broad and clearly muscular. The back is slightly arched, and the chest is also broad. Despite being a large animal, the legs are short ending in large and very resistant hooves.

The most common coat is that of jet black or gray gray, while those specimens of black or roan color are exceptional cases. They have a thick mane and a long tail.

They are very docile and resistant horses, so they adapt to all climates. Its powerful energy makes it the perfect horse for shooting and transport.

Depending on the size, we will also have one weight or another. Animals of a smaller size tend to be around the 500-800 kilos, while the largest reach the 700-1200 kilos. 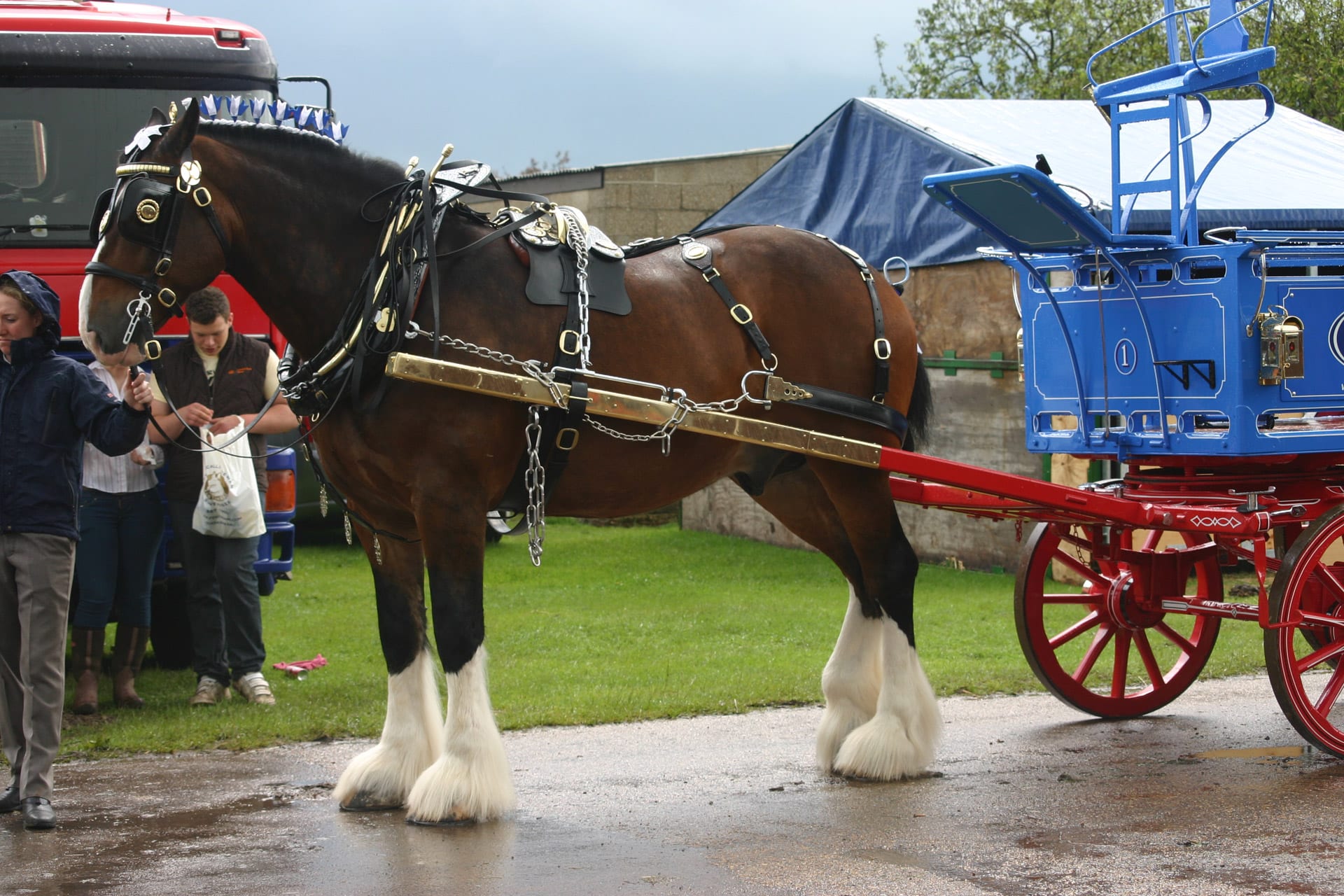 For years equines known as Belgian draft horses have been bred in a small town in this European country called Ranst, just as it was done in ancient times (in green meadows, with natural foods, etc.). This has made the Belgian Percheron horse one of the most powerful in appearance.

It arose at the beginning of seventeenth century, and was registered as a proper breed in 1886. It did not take long to spread to other areas of the European continent, and even to America. However, today it is a horse that has a small number of copies since very few breeders have chosen to dedicate themselves to this equine.

They are tall horses, around from 1.70 adult specimens. The body is quite bulky, with a large muscular neck and a short back. The skin is thick and coarse, perfect for withstanding harsh winters.

The character of these animals is usually lively, with great courage. 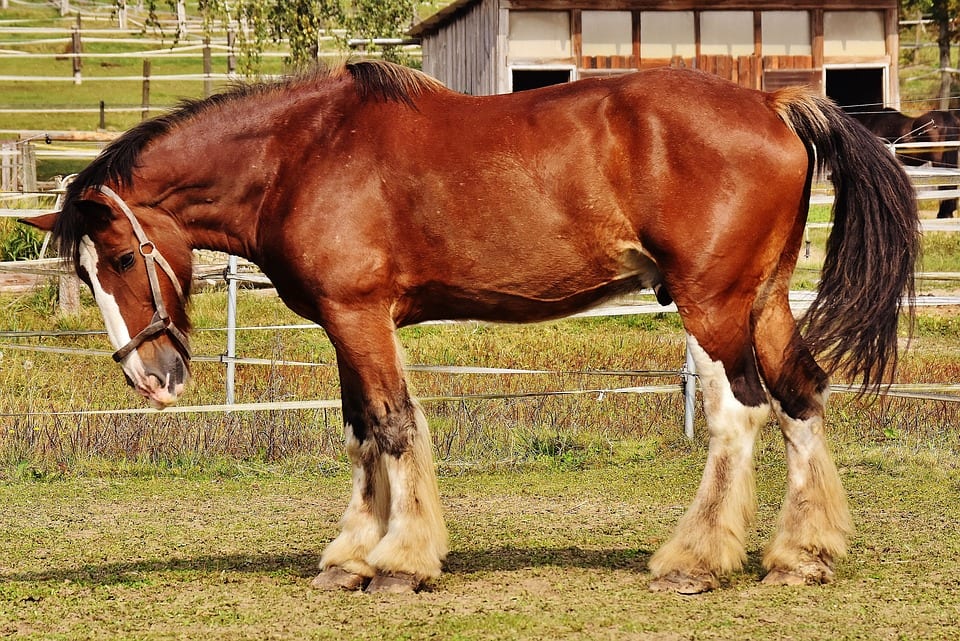 The expansion of the Percheron horse did not go unnoticed in the Iberian Peninsula, and this beautiful animal also made its appearance in Spain.

In Hispanic territory, the Percherón horse also carried out field work, and later it was also recognized for appearing frequently in bullfighting shows.

Like its northern relatives, it has a prominent body and complexion, but may be slightly smaller in size than these, because, in addition to those arabic and french genes, those of the Flemish breed horse were also introduced.

The desire of many breeders to improve themselves can reach unsuspected terms, and this has happened in the case of the Percheron horse.

If this animal is already one of the physically strongest and largest known, there is a variety that goes even further. We refer to the one known as the supreme percheron horse.

This animal is not very common, but it has managed to sneak itself among the largest animals on the planet. Have been cataloged specimens up to 1.93 meters tall, almost nothing!

There is no doubt that standing in front of one of these equines imposes, and much, what makes us think that we are facing a fantasy creature.

How much does a percheron horse cost? 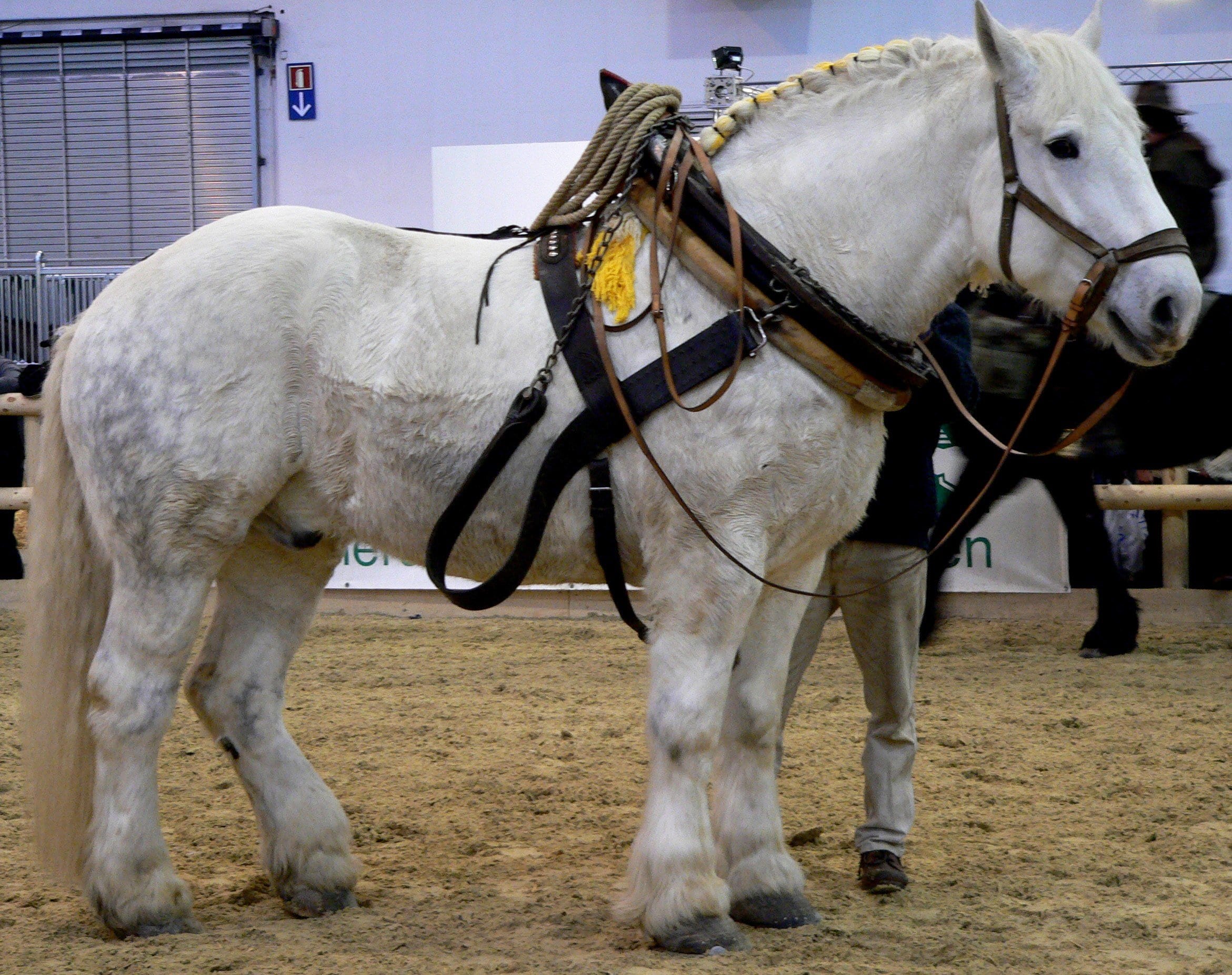 As a general rule, horses are one of the most expensive animals to buy. Its price depends on many factors: race, age, sex, origin of origin, etc.

In the case of the Percheron horse it was not going to be different. Of course, in its favor it must be said that this equine does not usually have a purchase cost as high as some of its relatives. As a general rule, we can obtain a percheron for about 4000-8000 €.

The largest percheron horse in the world

A few years ago, Shereen thompson, a modest Canadian farmer, exposed one of her Percheron horses, Poe.

The small Poe, we called him small in an ironic tone, he made the news because of his appearance. This animal has hung the medal of the largest horse in the world. Has a height of 3 meters and a weight greater than two tons. In addition, its legs measure about two meters, breaking the prejudice that considered the Percheron horse an animal 'short leg'. A truly extraordinary case.

Keeping an animal like this does not have to be very easy, in fact its owners assure that its diet consists of more than two bales of hay a day, four and a half kilos of cereal and grain and just over 200 liters of water.

We hope we have been able to help you learn a little more about this magnificent breed of horses that carries so much tradition behind it, and that has become, over time, an icon within the equine scene.