National emblem of Turkmenistan, It is undoubtedly one of the equine breeds whose coat shine most attracts attention when the sun's rays illuminate it. Its peculiar brightness is due to proteins that look almost metallic when light is projected on them. It is one of the breeds with the fewest specimens in the world, around 1.250. It is a very athletic breed due to its great genetics. The colors of the coat of this breed are: blond, black, palomino or gray.

The physiognomic characteristics of the Akhal-Teke make it one of the most slender horses that exist: its light head, its long and thin ears located high up, its long and thin limbs as well as its neck and its approximate height of 160 cm. The skin is very fine and the coat is silky. The tail and the mane are rather sparse and the fringe is almost absent.

El Andalusian horse It is a breed of Spanish horse native to Andalusia. In Spain it is commonly known as «Spanish horse» and it is officially called "Pura Raza Española"Although there are other Spanish breeds, it is considered the quintessential Spanish equine.

We face another of the oldest races in the world, an Iberian horse of the baroque type of great sensitivity and intelligence in addition to having a docile and noble temperament. Perhaps it is the latter that has made them their most valuable hallmark. This also made it considered one of the best horses in the world for warfare.

It was also highly coveted by the nobility due to its great bearing and beauty, characterized by its robust and powerful body, and its thick mane and tail.

Considered one of the best horses in the world to travel great distances, it is easily distinguishable by its particular mottled coat, has dark areas interspersed with pink skin and results in freckled skin.

It was the Nez Perce Indians, who saw in these horses with their particular coat, the ideal prototype for their hunting and war activities. Regarding their character, they stand out for his great nobility, strength and versatility. The name "Appaloosa" comes from the Palouse River, which flowed through the region inhabited by the Nez Perce.

Without a doubt, in any compilation of the most beautiful breeds in the world in terms of horses, the Arab must be present, don't you think? 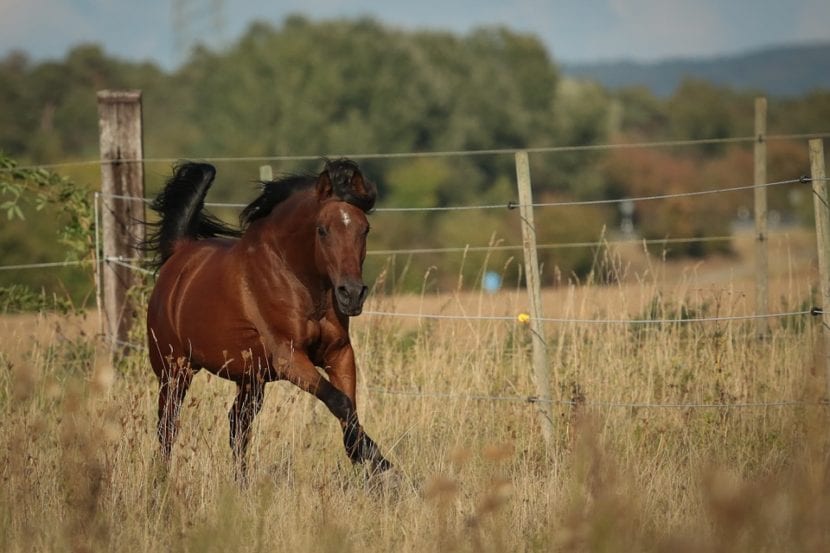 There are archaeological findings that indicate that 4.500 years ago there were horses very similar to today's Arabs. This makes them one of the oldest horse breeds. The Arabian lineage can be found in a wide variety of modern breeds of riding horses. There are many breeds of Arabian horses, but all of these lines are believed to have come from the Kuhaylan-type Arabs.

Of great intelligence and resistance, with a pleasant character and great beauty, they are one of the favorite breeds for exhibition, dressage, walks, cutting, jumping or therapeutic riding.

Arabian horses have a relatively long and level rear and the tail held high. Another of its distinctive features is wedge-shaped head, with broad forehead, large eyes, large nostrils, and small snouts.

The Friesian horse, also called Frisian or Friesian, is a breed from the Friesland region of the Netherlands.

Of excellent temperament and great docility, the Friesian horse stands out for its beautiful jet black or rarely dark brown fur without any other color markings, and by their presence. The mane and tail are very thick and abundant, we can find them sometimes somewhat wavy as in the previous image. The legs also have abundant fur. On the head, which is quite long, its small ears always erect and elegant. They can measure up to 175 cm.

It was used as a war horse by the Germans, and little by little, through various crosses, as with the Andalusian thoroughbred, the breed was improved until the current Friesian.

Result of the mix of Shires, Frisians, Dales and others native english horse breeds, the gypsy horse (or gypsy vanner) was raised in the XNUMXth century by gypsies, or Roma people from the UK.

The Haflinger breed, also called Avelignese, was developed in the late XNUMXth century in Austria and Italy. You have arabic ancestry through the founding stallion of the current breed: Folie (born 1874, son of a thoroughbred Arabian stallion).

It is a horse small and robust very adapted to walking in the mountains, whose height ranges from 137 cm to 152 cm. Its coat, always palomino, can have a hue from light to darker shades. In some cases, the part of the belly is lighter than the rest of the body.

Original breed from Iceland. Although their short stature resembles that of a pony (their height is between 125 cm and 145 cm), they are considered proper horses. It is the only breed of horse from this country.

We find references in the XNUMXth century that tell us about how these horses were the object of worship in Nordic culture. They are believed to be descended from Scandinavian ponies between the XNUMXth and XNUMXth centuries. A notable feature of this horse is its abundant fur as it adapted to the extreme conditions of the island.

This breed that currently lives in Ireland, it has a somewhat uncertain origin. Some support the theory that these horses came from the Nordic countries, while others claim that they are entirely of Irish origin. In any case, their beauty is undoubted, for which they are widely admired, as well as for their goodness of character.

It is a very well balanced and proportionate breed, a compact horse with highly developed muscles, which makes it a very versatile horse that offers an impressive stamp.

A characteristic of these equines is the long fur on the legs which is called feathers and that cover in helmet. Likewise mane and tail have thick fur. They usually have light blue eyes, hazel eyes or one of each color. The coat of these precious animals can be solid or painted as in the case of the previous image.

Mustangs or Mustangs They are the wild horses of North America. On fur It is very distinguished because it is a mix of coffee with blue tones and gives it a special shine. It is normal that it is considered one of the most beautiful horses in the world, don't you think?

It's really about bighorn horses (animals that escape or lose and that readapted to the wild) since, at the end of the Pleistocene, equines had become extinct in North America and were reintroduced by the Spanish conquerors from the XNUMXth century. Their ancestors are the Andalusian Spanish thoroughbred, the Arab or the Hispano-Arab. The vast American plains and the absence of natural predators contributed to its very rapid expansion. Today they are in danger of extinction, although the growing concern for the environment and the creatures that inhabit it, makes us be positive on this issue.

They are highly appreciated for their great resistance and strength, they are rather compact specimens that have a height that ranges between 135 cm and 155 cm. As for his character, They are really impetuous and totally independent equines.

From the province The Perche in France, The Percheron horse breed is recognized for its strength and integrity, as well as for its characteristic beauty. 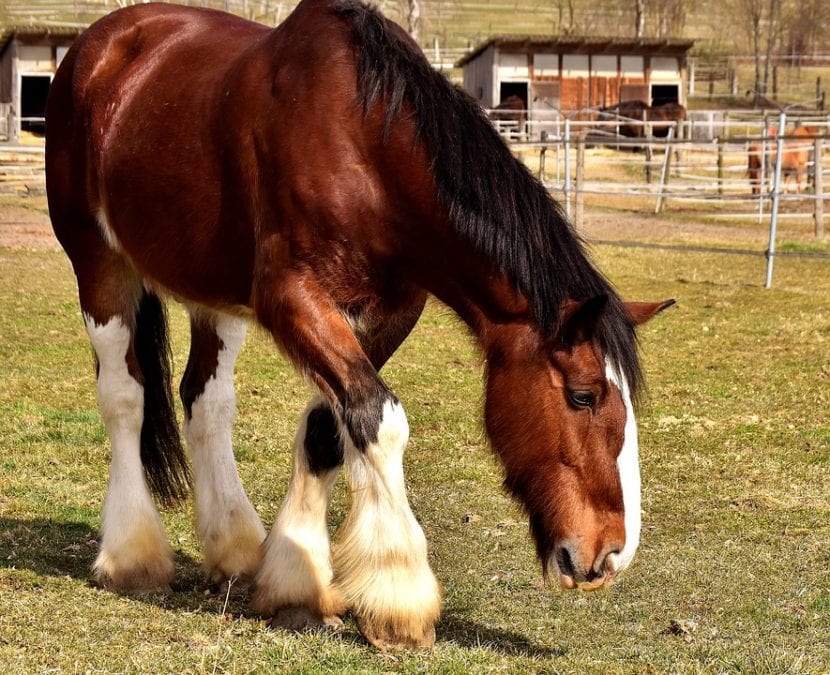 The horses produced in this French province had a widespread fame, therefore, it was decided to cross a horse named Jean le Blanc with a mare in Le Perche in 1823. It is from this stallion that all Percheron horses descend. It is also believed that the Arabian horse played a fundamental role in the breed.

Race native to the Rocky Mountains of the United States, where its name "Rocky Mountain" comes from. In eastern Kentucky, around the XNUMXth century, a young horse appeared that would soon begin to be called a "Rocky Mountain horse" and from which arises this line of equines so appreciated in Europe and North America.

Great known for its peculiar pigmentation of the coat, with chocolate tones on the body, the blond mane and the blond tail with silver tones. The Rocky Mountain, cover almost any solid color of the equine coat, however the one described above is considered the most beautiful of this breed.

The breed is known, also for its delicacy and good temperament, they are compared to dogs in their enjoyment of human company.

Other breeds that are considered one of the most beautiful, although we have not included them in our article, are: Blue roan, Lusitanian horse, Hanoverian, English thoroughbred or pinto.

What do you think? What do you consider to be the best of the most beautiful horses in the world?