In the past, horses were the main means that people had to be able to travel long distances. They were like the cars we have today, with the difference that they were animals. The most curious thing of all is that they were forced to travel long distances at the end of the day. At first nothing happened, since they are prepared for it. But the real question is How far could they walk, at the end of the day?

It is evident that if the animals were prepared for it they could also walk a lot. But don't think it was cars. Nothing is further from the truth, since the number of kilometers available depended (and depends) on the path, the age of the horse, the breed and its state of health. Conditioning factors that could have a lot to do with the kilometers that were made.

How many kilometers can they travel a day? 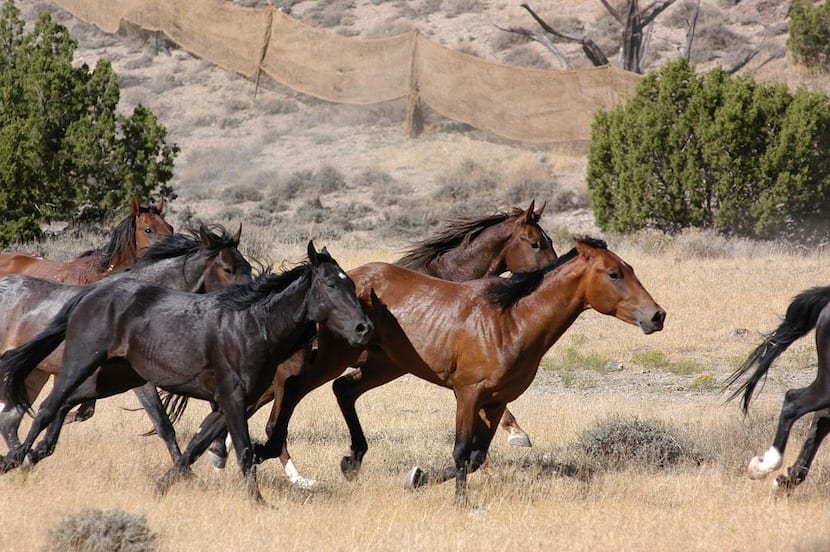 Horses can generally run between 30 and 45 kilometers per day. In the event that you transport something, that distance is reduced to 30 kilometers in 24 hours. It seems like a pretty big limitation, but it isn't. In fact, before there were even services that were based on horses. For example, if you wanted to transport people, you had to organize long trips that could last up to weeks.

Today horses are hardly used to travel long distances. There are very few cases, yes. In the event that you have to travel hundreds of kilometers, it is best to opt for some type of car. Simpler, faster and much cheaper.

How much do the horses run?

We have seen how far they can walk during the day, but, What have you been left with the desire to know what is the maximum speed that it can reach? Well, don't worry, we're going to tell you about it too.

The maximum speed depends on the body of the horse as well as the characteristics of the ground, since until the English Thoroughbred, which is the fastest breed of horse, will have serious problems on stony ground. But assuming it is healthy and the ground is flat, can gallop at an average speed of over 70 kilometers per hour, which would be equivalent to taking the car with the fourth gear engaged (or the fifth, depending on the engine and the road).

But in addition to the English Thoroughbred, it must be said that there are other equally impressive breeds. Thus, while Arabian horses can travel longer paths, The American Quarters are exceptional in short races.

It's interesting, isn't it?

Full path to article: Noti horses » Others » How far can a horse travel?