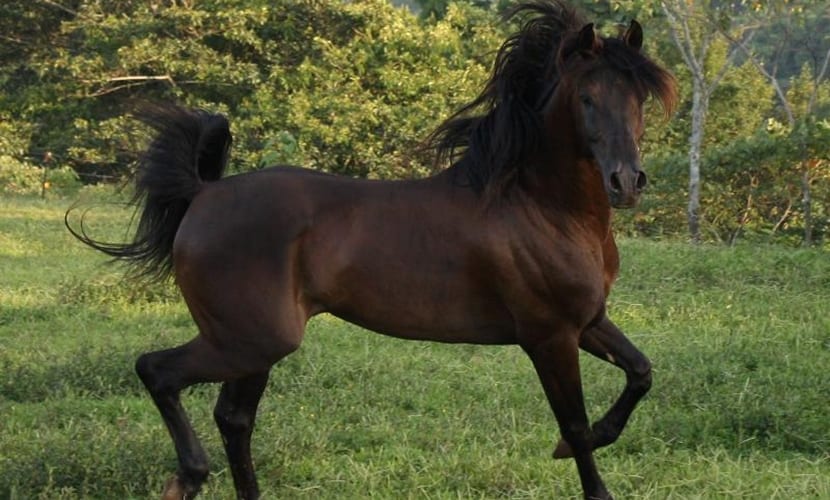 Many are the stories and legends about him origin of the Arabian horse. But the reality is that to date it can be said as the only truth of this millennial race that originally inhabited Arabia and were ridden by the Bedouins. It is a Purebred, preserved through the centuries by the wise and acute observation of the nomadic peoples who inhabited the Arabian Peninsula.

We owe it to them that they were the first applied the concept of breeding and selection of animals based on pedigrees, families, and blood streams. They sought among other qualities, the purity of origin, resistance and great speed in battles since all these qualities stowed the safety of the rider.

There are writings as well as engravings that the Arabian horse is dated to 2000 BC, which means that it is a founding breed and not with ramifications or crosses, hence it is also called Pure Breed, being the oldest, at least, that is how the records found.

Its main characteristic is its great speed hence the first Arabian horses were precisely those that competed in races. Later they expanded through various territories precisely because they were the perfect horse for wars and conquests. The Arabian horse was one of the most sought after and in demand to generate similar breeds for specific purposes.

And it is that according to historians the Arab horse for its purity in blood is the most perfect to improve a breed, therefore they wanted it to be the original source of quality and speedToday, he is still the first in the fields of resistance. And it can be said that, in some way, the Arab race has contributed to the formation of virtually all modern breeds of horses.

If you want to know more information about Arabian Horse, enter the link that we just left you.