When we talk about the best equine breeds, undoubtedly Arabic is usually among the favorites of horse connoisseurs. Therefore it is not surprising that a race that arises from the crossing of the Arab with some mares that stood out for the cavalry for his great resistance, tenacity and courage, is considered by many the best breed of horses in the world.

We are talking about the breed of equines with the Arabic name "Shagya", due to the name of the stallion that gave rise to this breed.

Do you want to know a little more about this breed?

In the XIX century, They wanted to achieve a breed of Arabian horse that was good for military arts, field work in the Magyar territory and also for hitching.

Already in the previous century, the Austrian-Hungarian monarchy began with the selection of equines with the aim of achieving resistant, fast mounts and courage for the cavalry of its army. In this search two factors were important: on the one hand the Bedouin stallion Shagya and on the other hand, the ancient black races of Hungary and Transylvania descendants of the Tarpan, who enjoyed fame for their bravery, endurance and speed.

In addition to Shagya, the base of this new race that was in process, they established Arabian stallions and mares imported from the East to Hungary. These equines they were crossed with mares of the Transylvanian breed they had been selected for their good dressage skills, endurance, courage and tenacity, all important characteristics for cavalry horses.

The crossing took place in a stud farm founded in 1789 by Major Joseph Csekonics, called Bábolna. This stud farm was located near the border between Austria and Slovakia and belonged to the Royal and Imperial Hugría.

Let's talk a little more about Shagya, considered the most important stallion for the foundation of this breed. It was a Bedouin stallion with a height of 160 cm, which was brought to Hugria from Syria in 1836 due to its good breeding skills and characteristics. It was certainly a suitable selection, since Upon seeing the promising results of his offspring, it was decided that the new breed would bear the name of this stallion. It is true that the name of the Arab Shagya breed would not be recognized by the World Arabian Horse Organization until the late XNUMXs.

In this way, the best native mares were crossed with Arabian stallions, creating more solid and taller horses than the Arabs and that also possessed the good qualities of the latter.

The Shagya They soon became the favorite horses of the officers of cavalry and gain fame in the equine world thanks to his good skills for riding.

At present, the Shagya race they are bred in various stud farms, with more numerous their specimens in Germany, where in 1970 some breeders were encouraged to introduce this breed into the world of equestrian with great success. Its breeding in Europe and America has been spreading over the years, gaining followers and admirers. In Spain a few breeders They have also ventured with the breeding of this breed and although there are few specimens, it can be seen in our country.

They are equines with a very docile and noble, with excellent aptitudes for high competition and as a recreational horse. It is also, an intelligent animal who quickly and easily learns the instructions of the educator.

With a height at the withers between 150 cm and 155 cm, they have a muscular rump, strong limbs and robustness, which show a cross with warm-blooded equines. Plus, has inherited the aesthetic beauty of its Arab ancestors, with a noble bearing and fluid movements. Aesthetically it is a classic Arabian equine but with a larger wingspan.

The predominant coat is gray, although any of the characteristic colors of Arabian horses can be seen.

It is, therefore, a very versatile equine, which adapts perfectly to all equestrian activities, from light shooting to high competition.

10 other breeds established on the podium of equine breeds

As we mentioned at the beginning of the article, any list of the best equines in the world must have a place for this breed. It is one of the oldest breeds of horses and also its genetics are found in the vast majority of modern breeds of riding horses.

If you want to know more about these intelligent animals, which develop a close relationship with man and an excellent character for which they are chosen for a large number of equine activities, we recommend you read our post: The Arabian horse 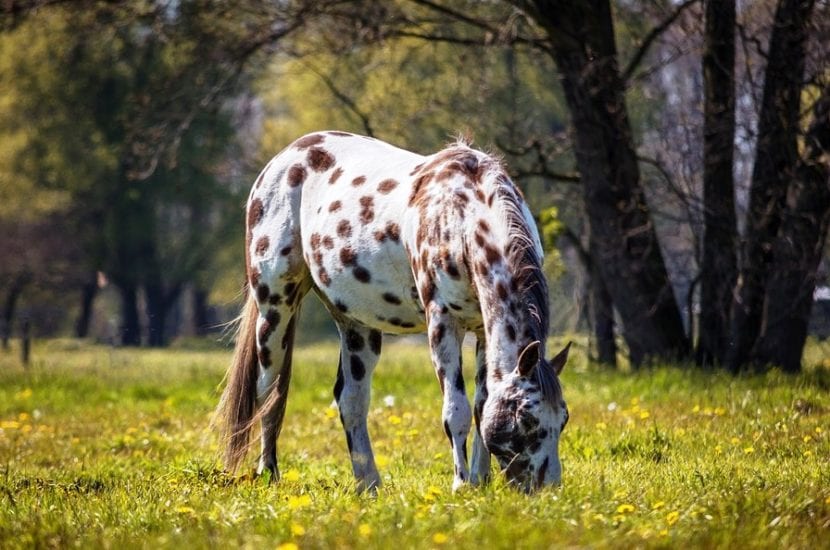 This breed comes from the selection made by the Nez Perce Indians, from among the American wild horses, looking for an animal that would meet your expectations in hunting and warfare activities. They chose some very resistant animals that could travel long distances without problems. Also, being noble and stand out for its particular coat.

We recommend you read Appaloosa horses and their distinctive spotted coat to learn more about the history of this breed.

This breed, also called the Quarter Horse, is originally from the USA and excels in short careers 400 meters from where its name comes. It is one of the breeds with the most registered specimens in the world, so its popularity is evident. All this thanks to its good ability to ride and its great resistance on long walks.

It is said of them that they are the horses of cowboys and peasants who live and die on horseback, it is worth knowing a little more about them, don't you think? Quarter Horse

This breed too It is due to the Native Americans, who began their breeding by crossing the quarter horse breed with horses with the fur pinto. Creating a breed of equine very suitable for work on the farm or on ranches, rodeo and horse riding. They are also very suitable for younger riders, being friendly, intelligent and hard-working equines.

Thoroughbreds are animals well proportioned, elegant to look at that excel in speed and agility. They are descendants of three Arabian stallions which were imported to England between the years 1683 and 1728. All modern Thoroughbred horses are descended from the line of one of these stallions. These animals they crossed with English mares with the aim of achieving the best racehorse possible, resulting in The breed of Thoroughbred Horses. 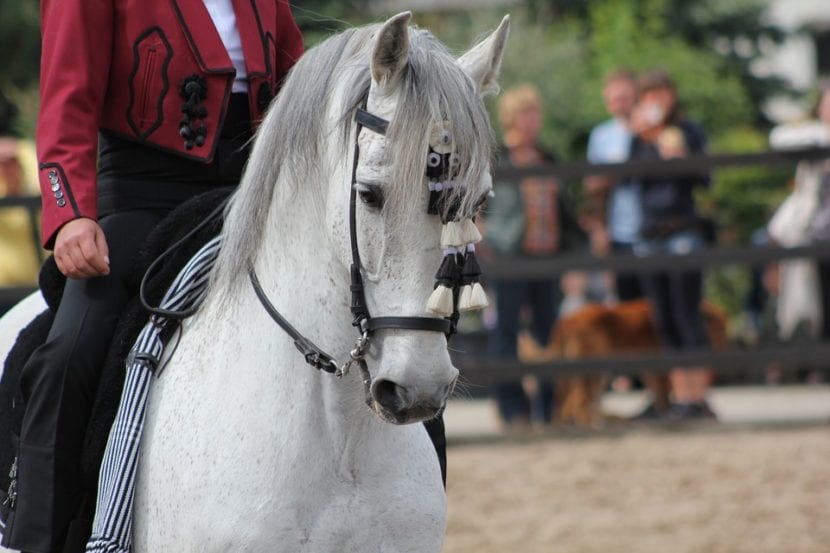 This breed had a fundamental role in modern races both in America and Europe. If you want to know more about its history, we recommend reading: Andalusian horse

This breed of equine is one of the first horse breeds developed in the US and therefore has influenced a large number of breeds in the country such as the Quarter horse or the Tennessee Walking horse. They are compact and refined animals of great versatility, which makes them ideal for a good number of disciplines.

Its good character makes it ideal for horse riding, leisure and some tasks as a work horse.

You can learn more about this and other American breeds here: Main breeds of American horses

It is about eagile quinos with remarkable jumping power thanks to its excellent limbs. In addition, they have a calm and docile nature. Do you want to know more about these excellent equines? We recommend: Hanoverian horses, one of the main jumping breeds

It is considered the most elegant equine breed. They are very important horses in the world of equestrian sport and dressage, which also it has had many Olympic successes.

They are animals de great resistance, strength and sensitivity, that have a reputation for being complicated horses. However with their rider they are very reliable animals.

If you want to know more about them, don't miss: Trakehner horses, characteristics of the most elegant breed

Originally from the province of Le Perche, it is a robust, strong and beautiful draft horse. The breed was spreading and in each country different specimens of the breed were emerging.

Following World War II, the breed increased the number of copies markedly. This was due to the need to move heavy materials to rebuild the disasters caused by the war.

You will find a complete article about these great equines here: Percheron horse