In today's article we are going to talk about the Royal Spanish Equestrian Federation, its origin and the riding disciplines and activities with which they work.

But first let's talk a little about the world of horsemanship, as it is well known that The horse has held an important position among humanity, although its functions have varied. over the years. Ready to find out a little more?

The history of horsemanship

The speed of the equines made them difficult prey for nomadic prehistoric man, and they had to resort to ambushes to capture them and feed on their meat.

Later, when humanity settles and begins to work the land and livestock, he realizes that the horse could well be a very useful work tool. Thus this animal became a vital one for humanity.

Horses They were used for livestock and agriculture work, But also to wage war. One of the most famous horses within the cavalry armies would be Bucephalus, by Alexander the Great. For this function of war horse the invention of the stapes It was very important.

Precedents and beginning of horse riding as a sport

In the Middle Ages, the knights who were trained in the School of Knights or Spanish Chivalry gained great prestige. Over time Horseback games and tournaments became more widespread, horse riding emerged as a sport. Recreations of these tournaments continue to be made as can be seen in the image.

La The first riding school emerged in Italy in 1539. Over the centuries, different techniques emerged in the art of riding, such as the elementary posture of bowing when the horse is jumping (a technique introduced in 1902).

En 1921 the International Equestrian Federation was founded (FHI), approving the regulations of international competitions, Olympic Games and other disciplines on horseback. The FHI was created by representatives of eight national federations: Belgium, Denmark, France, Italy, Japan, Norway, Sweden and the United States. There are currently 134 affiliated federations to the FHI.

June 22, 1901 the Spanish Equestrian Society was founded in Madrid chaired by the Duke of Uceda. This event marked the beginning of what would become the Royal Spanish Equestrian Federation. The place chosen to establish the club would be in the lands of the El Pardo mountain, of 64 hectares of extension.

In January 1908 at the request of the club, King Alfonso XIII granted him the title of Royal, calling itself thereafter "Royal Spanish Equestrian Society of Madrid".

At the beginning of the year 1936, the country club was established and working very well, although The Civil War affected the development of the club's life and also its facilities. It took four years to build the facilities again. The land was affected and reduced as some of them became part of the Ministry of Agriculture. It is true, however, that the Ministry itself managed with the Madrid City Council the cession of land near La Zarzuela.

In 1983, the rights to the lands they had on the Castilla highway were extinguished, they began a search for new lands. On 1990 a farm is bought in San Sebastián de los Reyes and work began on those lands to locate the new facilities.

The club continues its development in these facilities since its opening in 1997.

Activities or disciplines carried out

Discipline consisting of to test the speed, the ability and the physical and mental resistance of the horse and rider. Both must travel great distances across diverse terrain, in the span of a day. The rider must know how to dose the effort made by his horse. At the end of the race, the animal's pulsations are measured and if they are above what is allowed, the rider is eliminated from the test.

More than a discipline, it is the process of horse and rider work, the training with the aim of enhancing the skills that the animal possesses and acquiring new skills for work with cattle in the field. There are national competitions of work horsemanship that consist of the development of four tests, individually or in teams: Dressage, Maneuverability, Speed ​​and Away from the cow.

This is one of the Olympic disciplines. This based on the harmony between the horse and its rider, performing different movements of great difficulty established in a program. The horses move laterally, turn on themselves, execute Passage or Piaffe, on a 20m x 60m track, under the observation of the judges. Although some movements are natural for animals, they require extensive training and preparation. 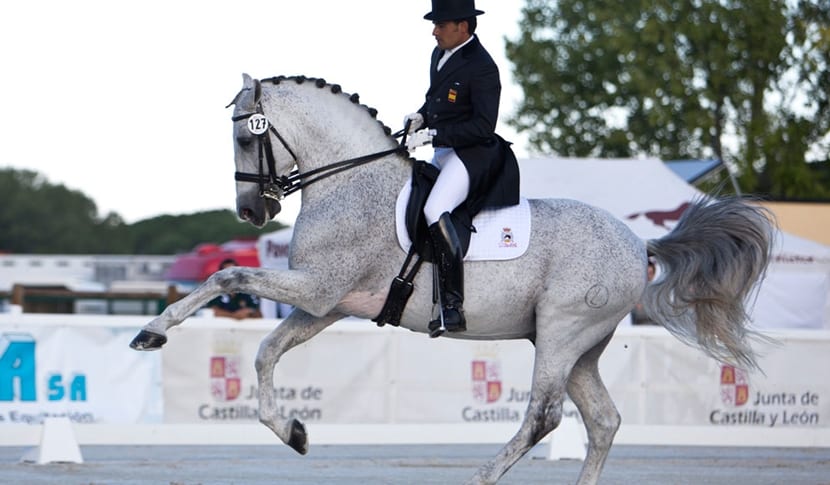 The full contest is a discipline that groups the disciplines of dressage, show jumping on track and cross.

This discipline is carried out over three days, always with the same horse, the first of which begins with dressage, the second a long-distance test and the last the jumping tests on the track.

Cowgirl dressage consists of performing a series of exercises extracted from those carried out in the work with cattle. These exercises are performed within a quadrilateral.

This discipline comes from the complete riding contest, with the exception that in this case it is used a carriage drawn by horses or ponies.

There are three categories: lemon trees (one horse), trunks (two horses) and fourth (four horses). The hitching contest is composed, as we saw in the complete riding contest, of three tests: Dressage on ring 40m x 100m where a certain review is made, judged by a jury that values ​​flexibility, regularity, rectitude, contact, drive, meeting and submission. The second test is a Killer, a test of resistance through a course with both natural and artificial obstacles, in which the winner is the one who sets the best time. The last test is the manageability, where different simple obstacles, such as cones or balls) or multiple obstacles are arranged. In this case, not knocking down said obstacles and the time stamp that each contestant performs is valued.

The activity with ponies has been increasing in Spain for a few years, this means that the little ones can mount animals of a more suitable size. The activity that takes place with the ponies It goes from basic riding to high jumping or full competition.

This discipline is an equestrian sport, within the disciplines of Monta Western, in which rider and horse must perform a series of maneuvers that expose the skill of the animal.The rider must pay special attention to speed, a requirement in each of the maneuvers, which are determined by a pattern. In these tests the horse must always be attentive and ready for the instructions of its rider. The attitude, smoothness, finesse, speed, authority and speed of the horse are valued.

This discipline tries to ride a horse obstacle course made with bars. To perform this discipline correctly, all obstacles must be passed without knocking down any of the bars.

Obstacle courses are contested with various scales: time trial, hunting, power or with a stopwatch for example. They are also classified into different groups depending on the heights, between 1,10 and 1,60. 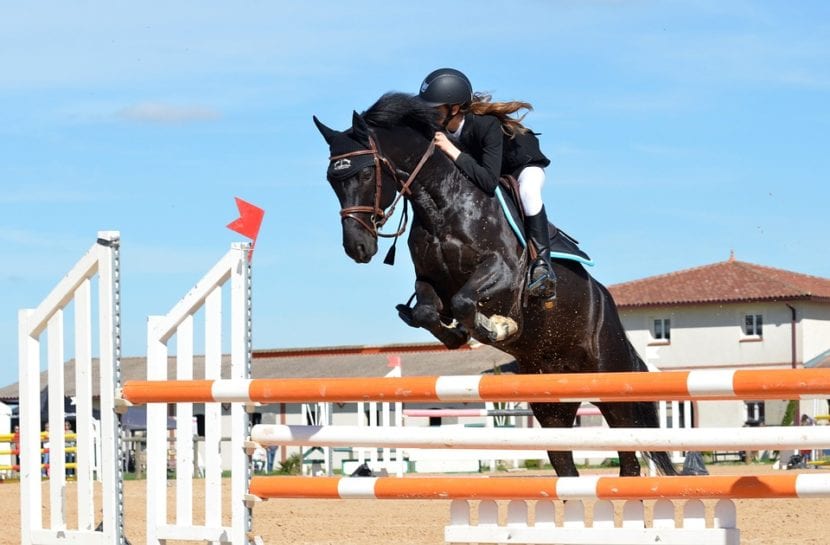 In this discipline, the ability of the rider to perform equestrian tours through the countryside.

The horseball is a game where two teams, of six members mounted on horseback in each, face each other. Carrying a ball with six leather handles, they must get the maximum number of scores in the opposing team's baskets. This must be done with the intervention of at least three members of the attacking team in each play, collecting the ball without dismounting from the horse.

Is the Adapted dressage, it has been a Paralympic discipline since 1996. The general principles are the same as dressage. Riders, in order to assess the impact of each individual's disability, following the principle of diversity, must carry out the so-called “Classification of Disability for Sport”. This is done so that the competition is as fair as possible.

Discipline that could be defined as gymnastics on galloping horse. The horse is guided by a rope by a driver. It is a highly competitive sport and art and one of those recognized by the International Equestrian Federation.

In addition, of all these disciplines, the Spanish Equestrian Federation also carries out equestrian tourism.

There are different regional federations such as: The Andalusian Horse Riding Federation or the Aragonese Horse Racing Federation. So if you wish to expand the information regarding your geographical area, we recommend that you consult the specific website of the federation of your autonomy.